Jarrad Dickson submitted some work to me this week. Lucky for me he also kindly included a bio for himself, so I will let him describe his own work from here…(which also means anything you take issue with you should take up with Jarrad himself and not me!)

“Painting in his own blood, Jarrad Dickson has illustrated an occult limitied edition book of his, named The Chamber of Diseases, about how psychosis is caused by corrosion and death of the ego.

These paintings have blood not as a medium, but as a symbol- a symbol of cartharsis. He was inspired by the artist and occultist Nick Kushner from NYC, and Thania Elv, an occultist and artist from Croatia. He is following in her path as a “Scarlet Artist.”

The paintings depict Lady Gaga, Lily Cole, the Holy Chalice, the Aryan eye, and are Thelemic pieces on the supremity of the human Will and Love in the face of psychiatric oppression of the self.

Jarrad sees compulsory blood tests in mental hospitals as a form of distilled bloodletting, and has reclaimed his blood for his own purpose and use.

He views self-harm as neccessary for psychological transformation.

Jarrad is publishing these pieces with others with Dark Harvest Occult Publishers from Virginia, USA, and Jarrad is 24, and from New Zealand. He is involved in psychiatry and has been chemically lobotomised over the years for the “treatment” of so-called “schizophrenia” through the use of Haloperidol(Halidol), Olanzapine and Solian and Risperidone.” 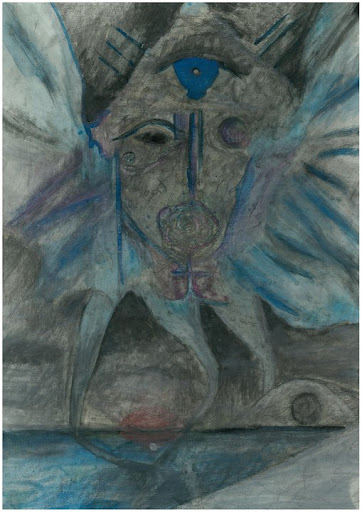 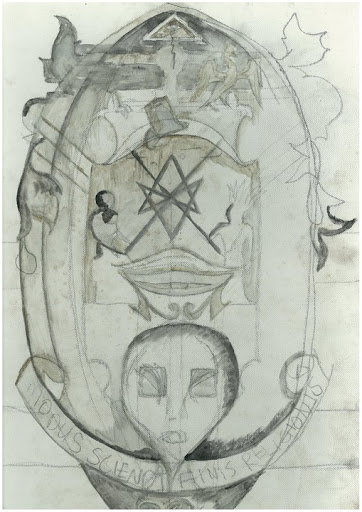 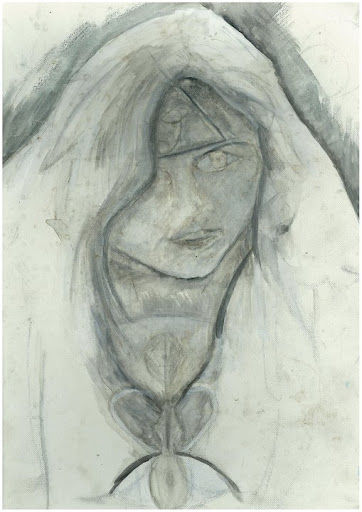