I was recently followed on Twitter by Louise Hickman who pens an awesome comic series called ‘Crip Strips’.

Louise is an American living in London who “knows a thing or two about American Disabled Politics, but pretty useless in the UK.” Although I’m sure she’s not, she’s just aces.

Her comic strip website can be found here but she also writes a hugely interesting blog on disability, the politics of disability and a whole raft of other things here.

One of my faves from the Crip Strips series… 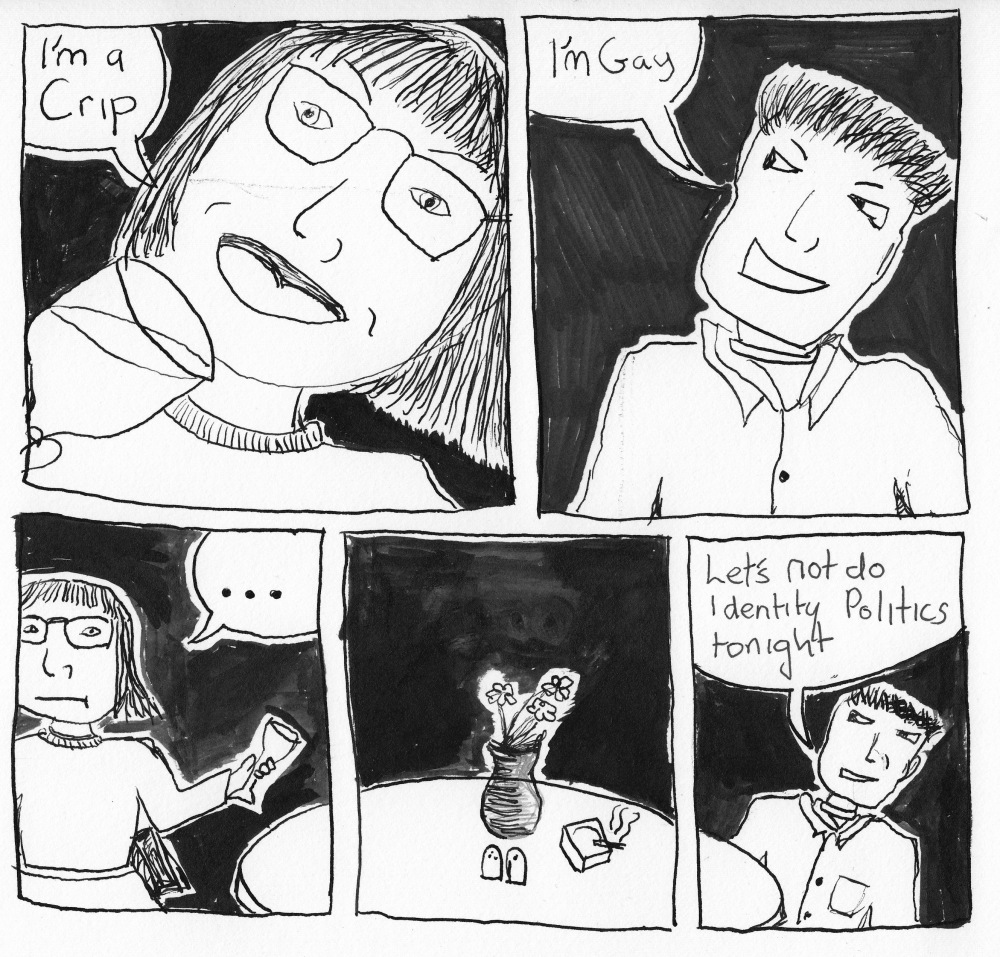