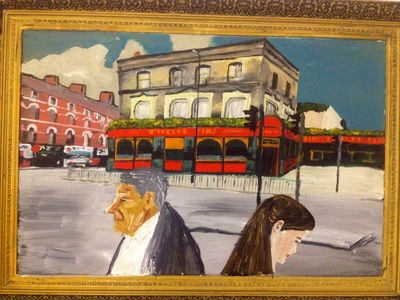 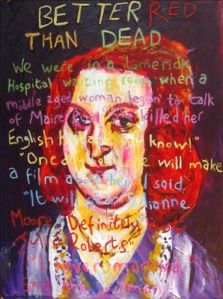 ‘The Twelve Pins, Finsbury Park’, and, ‘Better Red Than Dead’

“For starters, I’m going to try not to talk about myself in the third person. There’s no way Tim Bradford is going down that route.

The work on my website is divided into seven categories, each containing a small series of paintings representing a particular layer of my obsessions. These are Museum of Reconstituted Charity Shop Art, Irrational Portrait Gallery, Once Upon A Time In The West (Of Ireland), The Patchwork Landscape, Finsbury Park Institute of Football Art, Useful Gods and Botanic Transcendental Paintings. 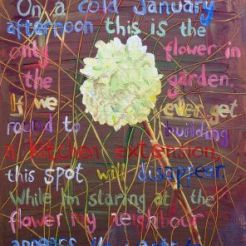 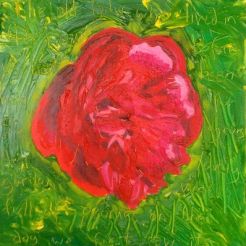 Poppy (After The Rain) 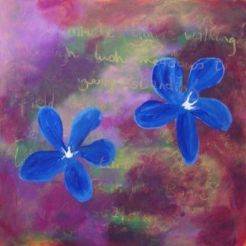 Doolin Flower Painting No. 3 – Zen Of The Boreen
View more from ‘Botanic Transcendental Painting’, above, here.

It’s also in some ways a celebration of my parallel universe art career as a member of the ‘Bearded Rural Artists Who Prefer Living In Cities’ group. And in this scenario I went to art college instead of studying English at university – making a living as a football arm tattoo artist and getting dumped several times by Tracey Emin.

I am now what is generally known as a new wave wang-eyed pop folk artist.   Although I’m now considerably older than John Lennon was when he died, and Dino Zoff when he collected a World Cup winner’s medal, I like to think of myself as an emerging artist. I’m just emerging in slow motion. 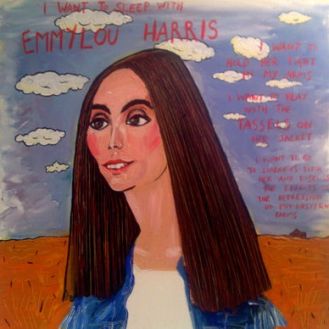 I Want To Sleep With Emmylou Harris 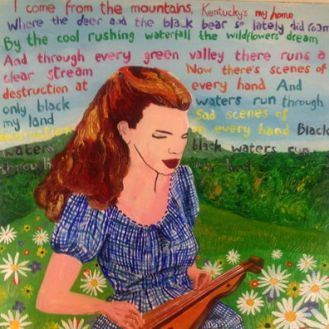 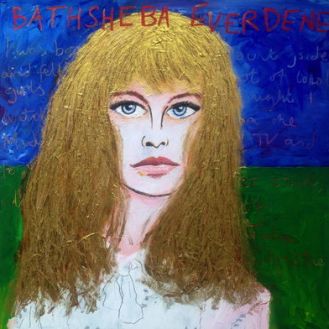 For twenty years or so after leaving school I painted semi-regularly, as a kind of grounding mechanism, then stashed the resulting pictures in attics or cupboards and it wasn’t until 2005 that I started to become reasonably prolific.

The year after that we lived in the west of Ireland for a year and a half and I fell in with the notorious Ennistymon artists set, a collection of ferociously intelligent and talented dazzling women painters and intense bearded film maker blokes. 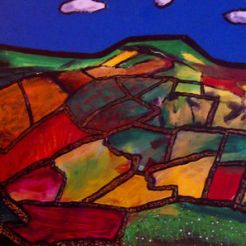 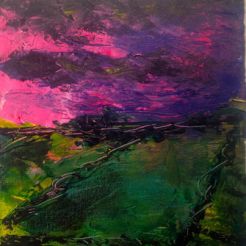 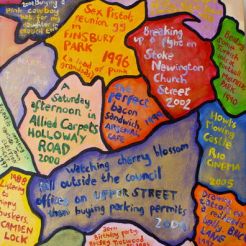 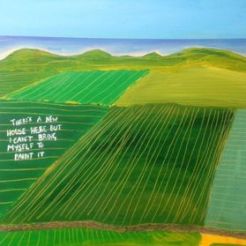 There’s A New House Here But I Can’t Bring Myself To Paint It
View more from ‘The Patchwork Landscape’, above, here.

In this hotbed of hair and ideas I gained the confidence to put on my own exhibition. In Bachelors Walk I developed some of the themes that had obsessed me for years – fast disappearing landscapes, ravaged old blokes tortured by loneliness or frustration, lovely dreamlike women who know a lot about ‘stuff’.

The vivid, mostly primary, colours are intended to have a life-affirming effect on the viewer, perhaps with the sense of having a revelatory vision, a mild migraine or recovering from a hangover.

When I’m not painting, over-cooking pasta for the kids or wandering aimlessly around the local streets, I do illustrations for the football magazine When Saturday Comes and write non-fiction books.”

The Godlike Genius of Tony Currie 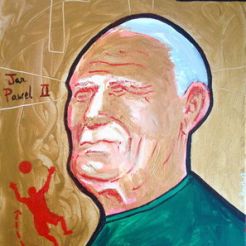 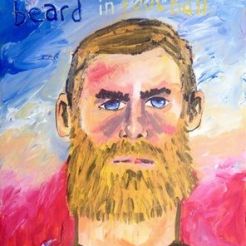 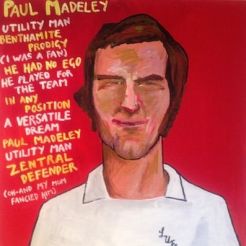 Life Lessons of the Utility Man
View more from ‘The Finsbury Park Institute of Football Art’, above, here.