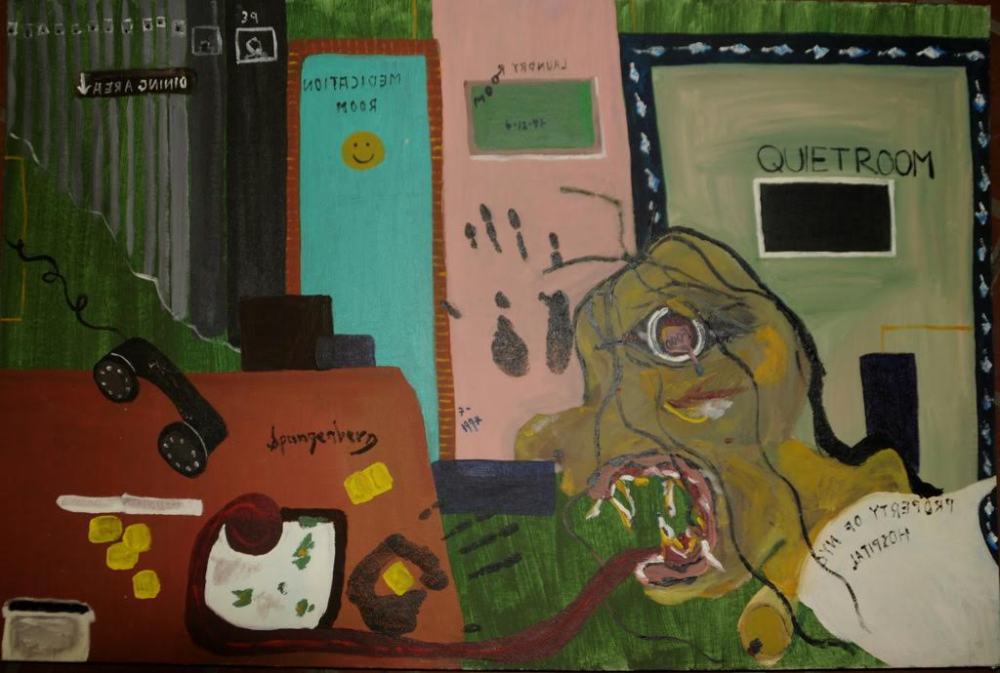 “Art allows me to express the thoughts and feelings that terrify me. The act of
creating is painful but healing at the same time.” –Susan Spangenberg

Susan Spangenberg is an untrained, self-taught artist. The majority of her
artwork is about her struggle living with mental illness.

Susan started painting and self-harming at the age of three. She did not pick up
painting again until her early twenties, while a patient at Creedmoor Psychiatric
Center’s art/rehab program, ‘The Living Museum’ in 1995.

Susan became the main subject of the HBO Documentary, ‘The Living Museum’,
in 1999. Having second thoughts, and pulling out of the film led to a rift between
her and the programme director, which resulted in her being thrown out of her studio.

Upon losing her connection there, she spent ten years in her bedroom rarely
going out or making art as her Depression and Post Traumatic Stress Disorder worsened.
Coming from an abusive household where she was the family caretaker, did not
leave Susan any time for herself. The arts were not encouraged at home and she
further isolated herself when she suffered the devastating loss of her twin brother
Robert, dying of a drug overdose.

Feeling a loss of community with her former art program, she turned to acting,
writing and film to express herself. So began her journey of socialisation and
telling her story of physical and sexual abuse, racial identity, growing up in a poor
dysfunctional alcoholic family, and tackling the unforgiving secondary diagnosis
of Borderline Personality Disorder with Psychosis.

Failed by the system after forty plus hospitalisations and five suicide attempts,
Susan decided to pay out of pocket for a private analyst, Hubertus Raben, who, she says, changed her life. He supported her along her artistic journey. Susan credits him
with teaching her how to talk and verbalise her emotions rather than engage in
self-harm.

Susan spent thirty years in and out of mental hospitals. Her story is reflected in
her work, revealing the trauma that brought her into the mental health system as
well as the horrors endured in the asylums.

She joined Fountain House Gallery in 2015, and found a friendship and
connection to it’s director, Ariel Wilmott, and so regained a sense of community
she had lost and that has encouraged her to continue to work on her art.

These days Susan is back to painting, her first medium. She often paints when
feeling symptomatic, it is part of her process. 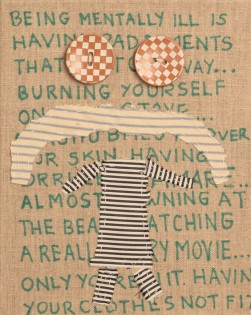 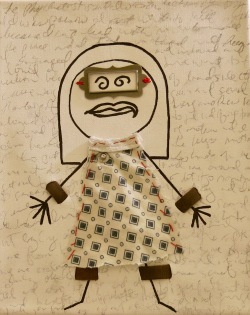 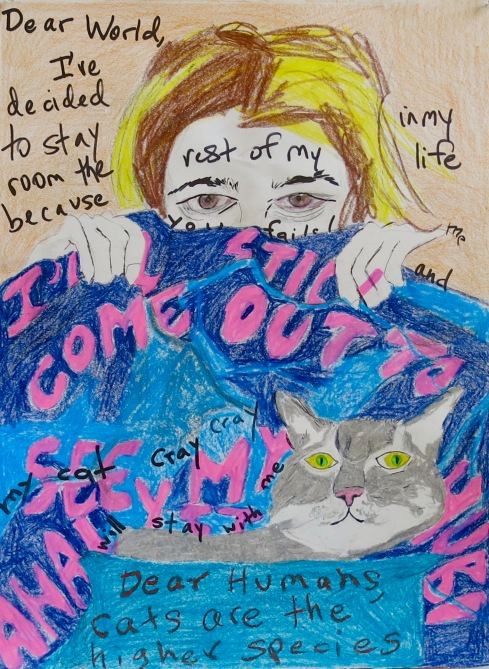 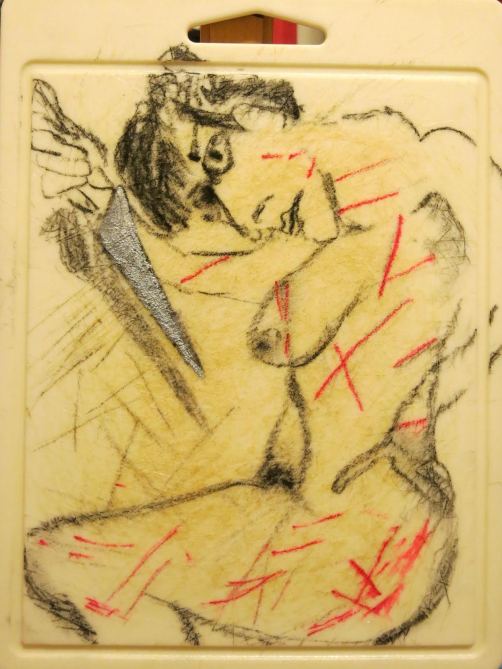